Real Life Breyer Horses: The Next Generation Of Horse Racing

The next step for this champion was retirement, or at least a type of retirement saved for the most promising of horses, breeding. American Pharoah retired after the 2015 Breeders Cup Classic to Coolmore Stud in Kentucky. At Coolmore he has greeted thousands of visitors and, more importantly, has met with around 80 mares.

Now, eleven months later, the mares are starting to have the first American Pharoah foals! They’ve been arriving for weeks now, and the nation is sitting by as these foals grow in hopes that they will show the same potential their father proved to the world. It will be a little while before we know for sure, most horses don’t start training until they are two, and racing when they are three, so we will have to wait. But until then, we can watch these adorable little foals grow up, and await many more to follow.

Are you an American Pharoah fan? Golden Oak Stables surely is, and can’t wait to watch the next generation grow right along with you!

The gentle giants of the horse world have always had a way of capturing the hearts of horse lovers. These beasts are far from what their size implies, and vary so much beyond just their size. Beloved by so many, it’s no surprise they are a favorite among Breyer collectors and horse lover alike!

Breyer’s first draft model came to collector’s hands over 50 years ago in the form of the beloved Clydesdale Stallion. This mold showcased the beauty and power of the majestic Clydesdale horse, and made draft fans of Breyer collectors. A Shire would follow after as well as a mare and foal for the Clydesdale Stallion. Collectors have made these favorites and the molds have seen dozens of colors and incarnations over the years, making them collector favorites.

Today there are a myriad of draft breeds have been brought to the Breyer stable. Percherons, Belgians, and Spotted Draft Horses are just the beginning of the wonderful breeds that have been brought to collectors through Breyer. Several more have been brought to Breyerfest as Celebration and Guest horses. Collectors have found them to be just as lovable as their real life counterparts, earning the title of gentle giants once again!

How many drafts are in your stable? Golden Oak Stables is ready to fill those stalls with a few gentle giants of your very own!

The Olympics are in full swing and the equestrian events have been fierce with competition. The world has watched as nations have competed for the gold medal, and equestrians all over have watched as history was made by one of Breyer’s most recent portrait models, Valegro!

Valegro and his rider Charlotte Dujardin have already taken the world by storm with their amazing partnership that has stretched the world over. Valegro is the current record holder for both freestyle and grand prix style dressage and at the 2016 Olympic Games he set a new record for the highest dressage score at an Olympic Games. He and Charlotte then went on to win the coveted gold medal, making it their second!

Breyer’s Valegro is a perfect portrait of this amazing horse, with his strong profile and delicate movements, he has been created in the elegant Pirouette. Bringing his dark bay coat and striking white markings to his model, he is indistinguishable down to every last detail from the real life Valegro!

Known around the barn as Blueberry, he has captured the world with his talent. Now, Breyer collectors can celebrate the gold along with Blueberry, Charlotte and Great Britain!

The world has its eyes on Rio and the American Equestrian team as they compete for the gold. The Eventing team has already brought home individual Bronze thanks to Phillip Dutton! Now the world focuses their eyes on the Dressage and Show Jumping arenas as they compete for a chance to make the history books.

One special horse Breyer collectors will recognize is Cortes C, mount of Beezie Madden. Already immortalized as a Breyer model, Cortes C is a stunning black Belgian Warmblood gelding that has already stunned the world along with Beezie in so many different winners circles. He’s also been named the 2014 International Horse Of The Year!

It’s easy to see why this gelding has caught the eye of the world and of Breyer! Excitingly, he is the first regular run release of the new Carrick mold and collectors have been clamoring to get their hands on a Cortes C of their own!

The Olympics have started and this first week of competition is almost completed. In that week, the first Equestrian event has been completed in stunning fashion and with competition that was beyond fierce!

Eventing was the first event up for the Olympic Equestrian events starting on Saturday. Through four days of competition horses and riders competed through a grueling marathon of Dressage, Cross Country and Show Jumping. This tough lineup is no stranger to Eventers, but it proves to always be a challenge that truly shows the versatility of the horse and rider as well as their stamina and precision!

Dressage proved to be a test in patience and precision as horse and rider completed the difficult test put in front of them. Cross Country proved to be one of the most challenging tests. The difficult course caused many eliminations and shook up the scoreboard with some surprising horses and riders rising to the top and slipping to the bottom.

The third test, Show Jumping further tested these riders and horses with a course that truly separated the competition. Going into the Show Jumping final, two American’s were left in the top twenty five, with Phillip Dutton pulling off an impressive ride and securing the bronze metal for Team USA!

Ride along with Golden Oak Stables and join us as we congratulate Phillip Dutton!

In sunny Brazil it may be winter, but it is sunny, warm and equestrians from all around the world are there for a chance at history! The Olympic games have come to Rio and the equine world is watching history be made!

On the first weekend of the Olympics the Dressage section of the three day eventing test began. On Saturday, competitors entered the arena to take the difficult Dressage test that awaited them. This section of three day eventing challenges the poise and delicacy between horse and ride and shows the exceptional connection that so many share. Using precise movements and delicate communication, horses and riders performed this difficult test while the world watched.

Britain’s William Fox Pitt finished first after the competition, coming back from a traumatic injury in October 2015. Astonishingly in under a year he has risen back to the top of the equestrian world and has gold in his sights! Germany ended up first after the Dressage phase of the team competition, with France and Australia not far behind. The United States is sitting comfortably in sixth place, and nothing can predict what will happen on days two and three. Maybe a metal is within the United States’ grasp?

Cross Country starts today, and this grueling test always brings out the best in horses and riders. Sit tight with Golden Oak Stables and follow as the equine world competes for a chance in history in Rio 2016!

One of the biggest draws of Breyerfest is the chance to see the real horses behind the models and dozens of other real life horses. The Kentucky Horse Park has resident horses that span the gamut of horse breeds as well as famous horses that have come to retire there. This is an opportunity that doesn’t come around very often!

Breyerfest also brings in dozens of horses, many of them famous in their own right, to entertain guests from around the world. No other event brings together such a wide variety of horses from so many disciplines and different areas of the equine world. Guests get the chance to see them perform their talents in performances throughout the weekend, as well as meeting them up close and personally! 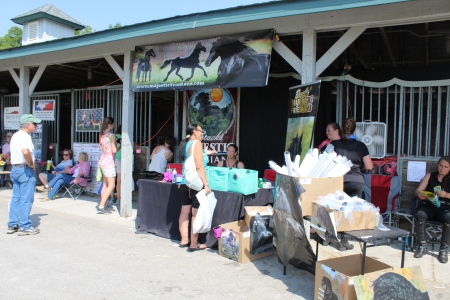 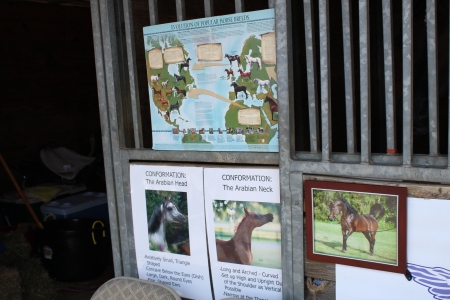 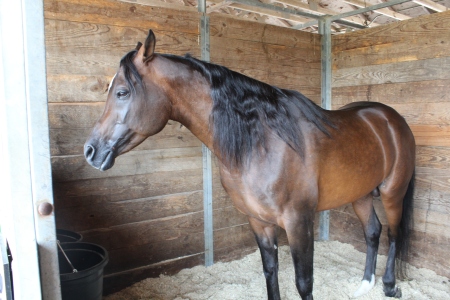 The heat was hot in Lexington Kentucky both temperature wise and with the fun that Breyerfest Carnival brought! The crowds were thick and the horses were beautiful and impressive all around. So sit back with Golden Oak Stables and enjoy some scenes from around Breyerfest 2016! 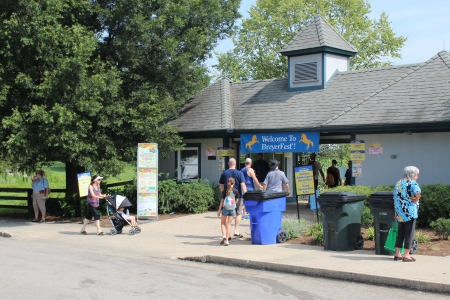 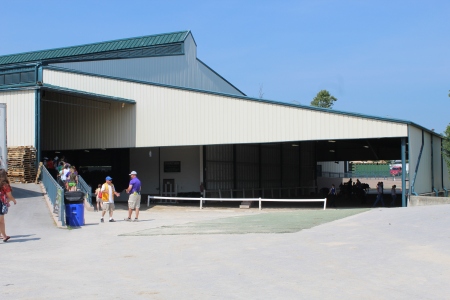 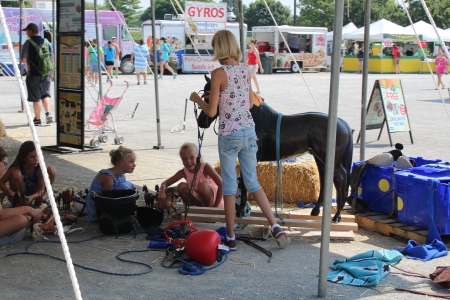 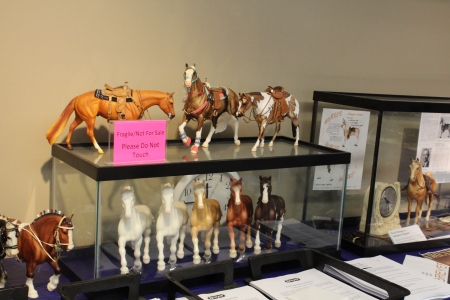 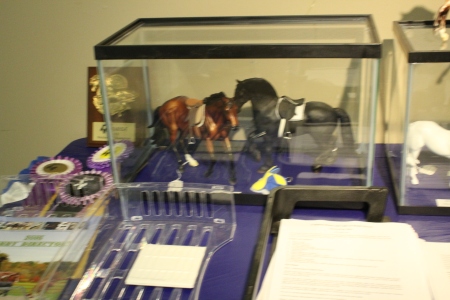 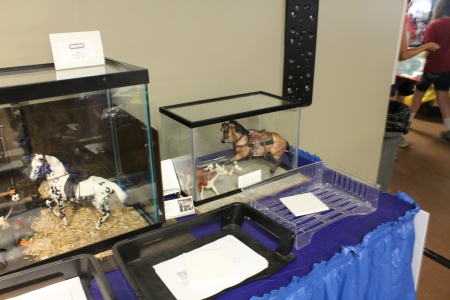 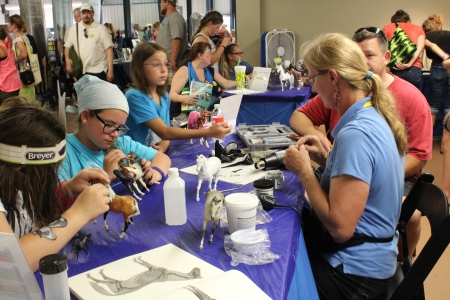 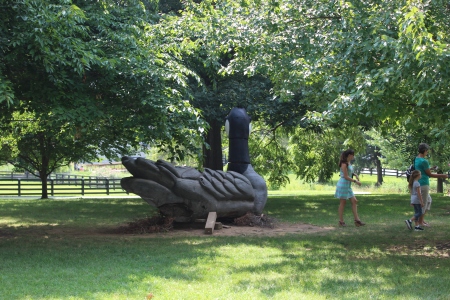 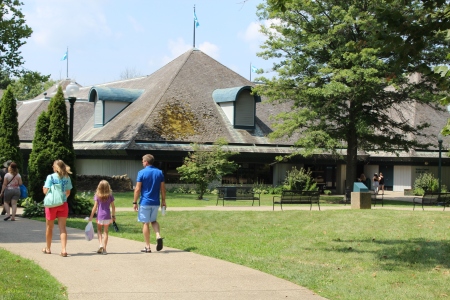 Breyer is no stranger to champions, for decades they have been the epitome of horse portraits and the honor is not wasted on their newest portrait! Celebrating a hunter champion, Golden Oak Stables welcomes Brunello!

Brunello is a superstar of the Hunter Derby world and now makes his way to Breyer collectors for mid-year 2016! This 18 year old Hanovarian gelding ridden by Liz Towell Boyd has a talent that has earned many titles in his career. He has won the USHJA Hunter Derby an astonishing three times in a row. This feat was not left unnoticed when he was awarded USEF’s Horse Of The Year not once, but twice!

Fitting for such an amazing horse, his portrait model is produced on a mold with a unique twist for the first time ever. The popular Idocus mold was chosen for this champion and rightly so, but a twist in the form of a new mane and tail are all his! His braided mane and tail are all you’d expect from a hunter champion and make him ready to step into the show ring. His lovely chestnut color with delicate shadings has been produced perfectly and his star and brand are the finishing details on this astonishing horse!

Is your stable ready for a new champion? Clear out a stall and sweep up the aisle, because Brunello is in town!

Formed in 1966 The National Reining Horse Association has set the standard for the sport of reining in the last fifty years. Reining is a Western competition that gives horses and riders the difficult task of working through a precise pattern mimicking the intricate ways a horse moves during cattle work. The test is completed at both the lope and the gallop and show the versatility of these incredible horses!

Breyer’s National Reining Horse helps to celebrate 50 years of this incredible sport! This Classic scale model is sliding into Golden Oak Stables and is ready to head into your barn. His deep sorrel coat color is stunning and flashy without being overstated. As he sides in the ring you’ll notice his concentration and precision to the task at hand, like any good reining horse!

Bring a bit of Western history to your barn with this new Classic that is sure to liven things up in your arena!